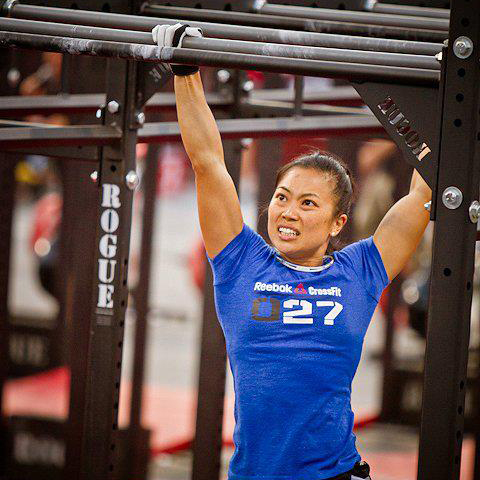 Elyse is the founder of CrossFit 808. Her passion for life and sports have led her in many directions–from dancing and gymnastics as a child, to playing basketball in high school and college, helping Punahou School to a state basketball championship and Princeton to an Ivy League title.

Since starting CrossFit in March 2008, Elyse’s love for the sport continues to grow. Elyse was a top female athlete in both the 2010 and 2011 CrossFit Games, where she placed 11th and 23rd, respectively. More recently, Elyse, has competed with her affiliate team at both the Regional and Games level. Team CrossFit 808 has qualified for the CrossFit Games three consecutive years in a row. In 2013, the team finished 21st and in 2014, the team finished 10th.

Beyond competition, Elyse loves coaching CrossFit to individuals and groups of all ages and fitness levels. She is very passionate about helping others live better through fitness and nutrition. Elyse has her Level 1 and Level 2 CrossFit Certification as well as the CrossFit Movement/Mobility Certification, CrossFit Nutrition Certification and CrossFit Gymnastics Certification. Her CrossFit gym, located in Honolulu, which she built out and designed herself, reveals her passion for making people better. The walls and windows are plastered with motivational blurbs, her favorite being, “You can have excuses or results, not both.”

“CrossFit has changed my life for the better. Since I began CrossFitting in March of 2008 I have become stronger, faster, and better than I was playing college basketball. I feel good and have done things I never thought possible. I can’t wait to see how CrossFit will change your life and help you find the best you!”
-Elyse

As the excitement wears down and we go back to tra

Nothing but smiles for our girl, @marycschwing! Sh

Day 2 of the Masters @crossfitgames is underway! M

She’s sitting in 9th after Day 1, finishing Even

She is all checked in and ready to go. We have a f

And so it begins. As we were checking into our hot

The original plan was to surprise our Champ, Mary

In exactly 12 days this woman will be taking the f