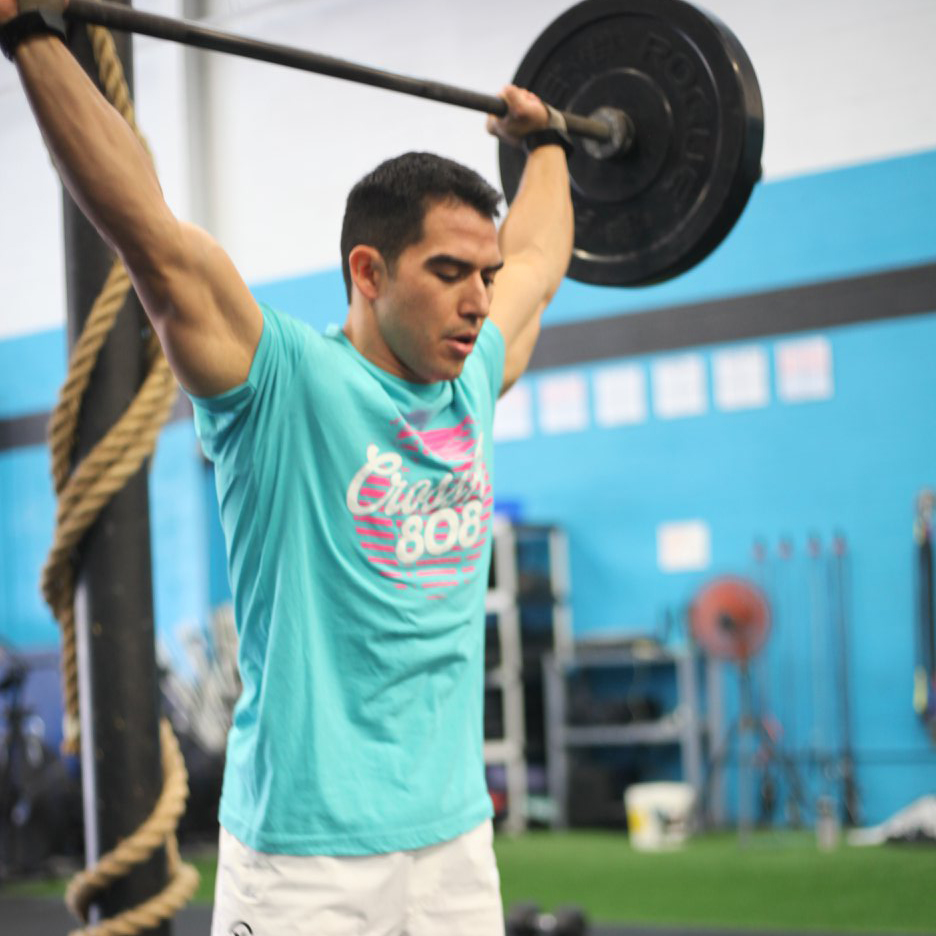 Joshua, better known as Josh, comes to CrossFit 808 with a solid background in nutrition, sports, and fitness. Josh has been CrossFitting since March 2009 and even continued CrossFitting during deployment all over the world. Besides his CrossFit Level 1 & 2 Certification, Josh recently obtained his Level 3 Trainer Certification in 2017. He also holds CrossFit Certifications in Nutrition, Olympic Lifting, Mobility, Strongman, Football, and Gymnastics. Josh competed in the 2010 Hawaii Sectionals as well as the 2010 SoCal Regional Affiliate Competition. In the 2011 CrossFit Games Open, Josh finished 48th in the Northern California Region and qualified for Regionals. At Regionals Josh finished in 31st place. Currently, Josh is a member of CrossFit 808’s Games Team, who finished 21st and 10th in 2013 and 2014, respectively. Beyond CrossFit, Josh has already competed in several endurance competitions, including the Honolulu Marathon, ROHTO Half Ironman, and the HURT 100. He’s earned his B.A. in Anthropology at the University of Hawaii and served our country as a Staff Sergeant in the US Army.

Coach Josh is available for private coaching, please email him directly to schedule.

As the excitement wears down and we go back to tra

Nothing but smiles for our girl, @marycschwing! Sh

Day 2 of the Masters @crossfitgames is underway! M

She’s sitting in 9th after Day 1, finishing Even

She is all checked in and ready to go. We have a f

And so it begins. As we were checking into our hot

The original plan was to surprise our Champ, Mary

In exactly 12 days this woman will be taking the f